The Importance of an Oil Change in NH

Most vehicle owners know that an oil change is needed every time you rack up about 3,000 miles. But few people understand why oil changes are critical to your car’s functionality. There are countless elements that contribute to the running of a car, but effective oil is one of the most prominent, and one that cannot afford to be compromised. Gurney’s Automotive will give your car a quality oil change in NH at a low price. Here are some reasons why oil changes are such a necessity for every car. 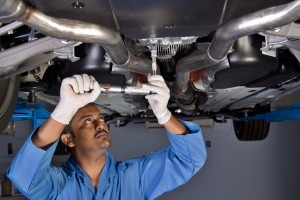 ONE: Chemical deconstruction. Oil’s chemical makeup breaks down the more it is used. When the chemicals deconstruct, the oil is no longer effective, and needs to be replaced with new oil.

TWO: Reduced lubrication. When the oil is no longer effective, it cannot properly lubricate the engine. Engines are intricate machines which work by the rubbing together of metal parts. If not well lubricated, the parts will create friction that threatens the integrity of the car and, if not fixed, will eventually cause it to stop running.

THREE: Sludge. If the oil isn’t changed, the engine could be compromised by sludge, which is the buildup of carbon deposits produced by old oil. Sludge makes the engine dirty and hampers its ability to run optimally. It can also deteriorate the piston rings which cost a lot of money to be replaced.

FOUR: Overheating. Due to oil’s chemical makeup, it is able to cool the engine, which would otherwise overheat because of the friction created by the spinning metal parts which make it run.

FIVE: Corrosion. Another advantage of oil’s contents is that it naturally prevents the metal parts from corroding and wearing down. Neglecting an oil change might mean deteriorated engine parts, which creates a big problem for your car.

Oil is essentially the lifeblood of your engine. It keeps it clean and prevents it from self-destructing. It’s obvious to any mechanic whether or not an engine is being taken care of because old oil will cover it with an ugly brownish substance. As a trusted family-owned company, Gurney’s Automotive is the best place to receive a quality oil change in NH.