10 Vehicle Sounds That Shouldn’t Be Ignored 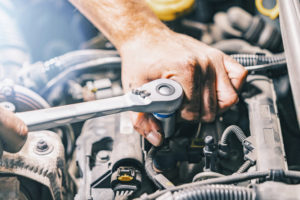 A perfectly tuned well-maintained car is audible; it has almost a melodic, pleasant hum. So when something starts to go wrong, the sound of the vehicle is often one of the first clues to most drivers that there’s trouble brewing. Knocks, bangs, and grinding are all indications of issues that, if left unaddressed, can become expensive repairs. Here are some of the most common noises you shouldn’t ignore.

Grinding noises from under the hood

Grinding noises can be caused by a variety of issues. It could be a problem with the engine, the alternator, the compressor, or from pulleys. Occasionally it can be caused by the power steering pump. If there’s no grinding while your car is running and parked, it could also be an issue with the front brake pads or wheel bearings. If you hear the grinding when you shift your car into gear, you may have a worn-out clutch or a transmission issue.

Noise when changing or shifting gears

Any noise that occurs while you’re shifting or changing gears is likely caused by the transmission system. A loud, clunking sound when the car is put in reverse, drive or neutral could indicate an issue with the torque converter. Other noises while shifting could be caused by a badly worn clutch, a leak in the transmission line, or low transmission fluid.

Knocking from the engine bay

A distinct knock coming from deep under the hood is always a sign of an engine problem. Most of the time it’s caused by poor lubrication from low or dirty oil, but it can also indicate that something has broken within the engine or is close to breaking.
Squealing noise

If you hear a loud, high-pitched squealing noise when you start your car, this is most likely due to a worn or loose fan belt.

This is most likely caused by pressure escaping from a worn or cracked hose, although it can also be a sign of an overheating engine or a coolant leak. Check your temperature gauge; if it’s overheating, it’s best to pull over (especially if you see steam!) to give the engine time to cool down.

A loud bang while driving

If you hear a loud bang, especially while driving, it could be due to a problem with the catalytic converter. It could also be an engine backfire, which is commonly caused by a dirty or clogged air filter, delayed engine timing, a cracked distributor cap, or even carbon tracks that form between spark plug wires.

Rattling noise from under the car

Many issues can cause a rattling noise, but the most common one is an issue with the exhaust system. This is especially true if it sounds like there’s a box of rocks shaking under your feet while idling. The catalytic converter may need replacement, you could have a corroded pipe or a faulty muffler.

Grinding or scraping noises while braking

Any type of squealing, scraping, or grinding that occurs while braking is due to a problem with the brake system. You could have worn brake pads or rotors that need replacement, or possibly a broken shim. Another potential cause could be low-quality brake pads. These often contain metal chunks that can rub or scrape the surface of the rotors.

Any noise while turning your steering wheel

If you hear any noise while steering, this is a sure sign of an issue with the steering system. If you hear a popping, clunking, or creaking sound while turning at low speeds, you may have a worn out or broken suspension joint. If it sounds more like a whining noise at low speeds, it’s more likely a damaged power steering pump – especially if the sound is coming directly in front of the engine. Crunching or clicking noises at high speeds are most likely caused by a bad coupling at the CV joint.

A roaring noise during acceleration

A roaring noise during acceleration may indicate an exhaust system issue, especially if your check engine light is on – then the issue is most likely an exhaust leak. A roaring noise on acceleration that’s accompanied by a thumping or rumbling from deep within the engine could be a more serious problem, like a problem with the crankshaft bearings.

As you can see, your vehicle has its way of letting you know there’s a problem! If you’ve noticed any of these sounds, it’s best to schedule an appointment with us as soon as possible. Many of these issues can cause damage to other parts and components if ignored too long – which means the possibility of breakdowns and costly repairs. Give us a call at your closest Gurney’s location and we’ll have your car sounding like its former self in no time!