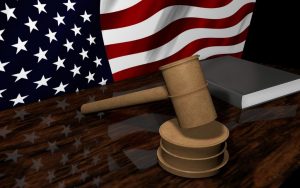 This odd state law post is the final installation of the foreign driving legislation that the DMV found from various states in the country. The important thing to remember about these statutes is that while some seem to replace common sense, not all of these laws get enforced. Some laws are there and just forgotten. It is always interesting to see what some states seem to have deemed important enough to be put on the books for one reason or another. The important thing to remember is that these laws are there for a reason, which means at one point, something happened to make the lawmakers have to write these rules. Remember to visit our shop when you need auto repair in Nashua, NH!

While many areas of the country are starting to allow bikes on the roads with bike lanes, Canton, Ohio is concerned about roller skate safety. This law is a good way to ensure pedestrian safety. We sure could employ it to avoid auto repair in Nashua, NH.

“You’ll be ticketed if caught reading a comic book while driving.”

Why is it comic book specific? It seems like a law that should include all versions of literary works.

“You can be ticketed if you leave your car door open longer than is deemed necessary.”

The primary concern with this is who decides how long is necessary for you to keep your vehicle door open? Is it up to the cop, the county, the city? There are way too many open doors here.

“It is a Class A traffic violation if you use your car on an Oregon highway to prove your physical endurance.”

A car is not proof of physical endurance for starters. And, next is how did this become an issue in the first place? Did someone lose a bet because of this? That would be horrible!

“It is illegal to drive with some beer in your vehicle, even if it is unopened.”

So, what you’re saying is that even a run to the liquor store can get you in trouble if you want a six pack. We thought it was only open containers, but Scituate, you have gone above and beyond.

“It is illegal to store trash in your vehicle due to rat problems.”

Well, it seems that Hilton Head has more issues than needed if they need to regulate something due to a rat problem. How are rats moving into vehicles, to start? New York City doesn’t have a law about sewer rats, so how many rats do you have Hilton Head?

“It has been made legal for anyone to scavenge road kill.”

This one seems to be more a health issue than anything else. There needs to be something said if individuals are scavenging road kill rather than going to the grocery store. While nothing should get wasted, something along the way should probably be left alone.

Well, there you have them! From the weird and crazy to the just plain gross, these foreign laws prove that our country has a lot of interesting characters. When these laws got made, it makes you question what caused them. Maybe that is something you can ask during your road trip. It should make for some interesting stories. For all of your auto repair in Nashua, NH needs, call us at Gurney’s Automotive!